Posted on 6:55 PM with No comments 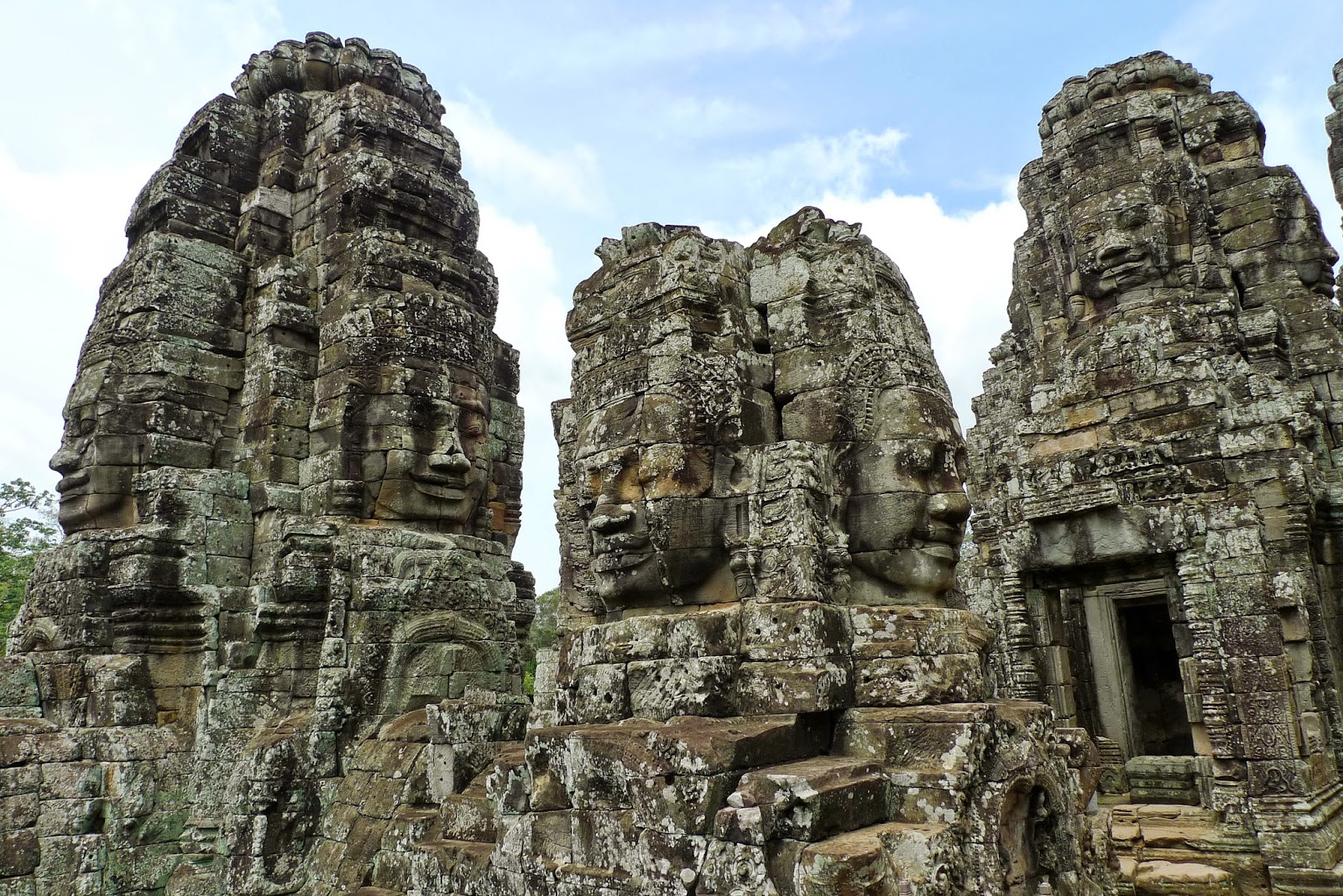 It is hard to imagine any building bigger or more beautiful than Angkor Wat, but in Angkor Thom the sum of the parts add up to a greater whole. Aptly named, the fortified city of Angkor Thom is indeed a ‘Great City’ on an epic scale. The last great capital of the Khmer empire, and set over 10 sq km, Angkor Thom took monumental to a whole new level. It was built in part as a reaction to the surprise sacking of Angkor by the Chams, after Jayavarman VII (r 1181–1219) decided that his empire would never again be vulnerable at home. Beyond the formidable walls is a massive moat that would have stopped all but the hardiest invaders in their tracks. At the city’s height, it may have supported a population of one million people in the surrounding region. Centred on Bayon, the mesmerising, if mind-bending, state temple, Angkor Thom is enclosed by a jayagiri (square wall) 8m high and 12km in length and encircled by a 100m-wide jayasindhu (moat). This architectural layout is yet another expression of Mt Meru surrounded by the oceans.

It is the gates that grab you first, flanked by a vast representation of the Churning of the Ocean of Milk, 54 demons and 54 gods engaged in an epic tug of war on the causeway. Each gate towers above the visitor, the magnanimous faces of the Bodhisattva Avalokiteshvara staring out over the kingdom. Imagine being a peasant in the 13th century approaching the forbidding capital for the first time? It would have been an awe-inspiring yet unsettling experience to enter such a gateway and come face to face with the divine power of the god-kings. 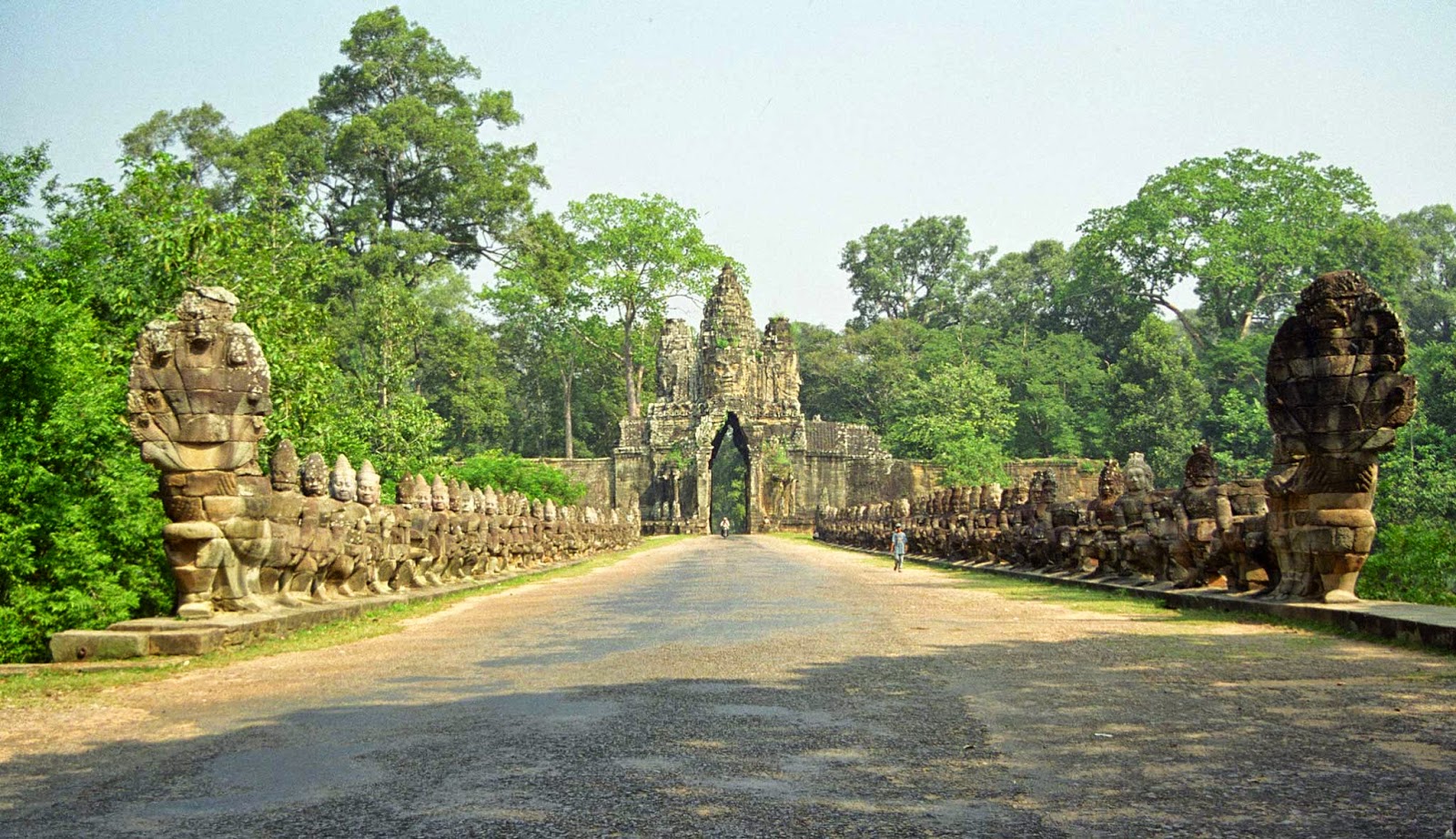 The south gate is most popular with visitors, as it has been fully restored and many of the heads (mostly copies) remain in place. The gate is on the main road into Angkor Thom from Angkor Wat, and it gets very busy. More peaceful are the east and west gates, found at the end of dirt trails. The east gate was used as a location in Tomb Raider, where the bad guys broke into the ‘tomb’ by pulling down a giant (polystyrene!) apsara. The causeway at the west gate of Angkor Thom has completely collapsed, leaving a jumble of ancient stones sticking out of the soil, like victims of a terrible historical pile-up.

In the centre of the walled enclosure are the city’s most important monuments, including Bayon, Baphuon, the Royal Enclosure, Phimeanakas and the Terrace of Elephants. With all these temples and sites to cover, visitors should set aside a half day to explore Angkor Thom in depth.