Posted on 6:00 AM with No comments 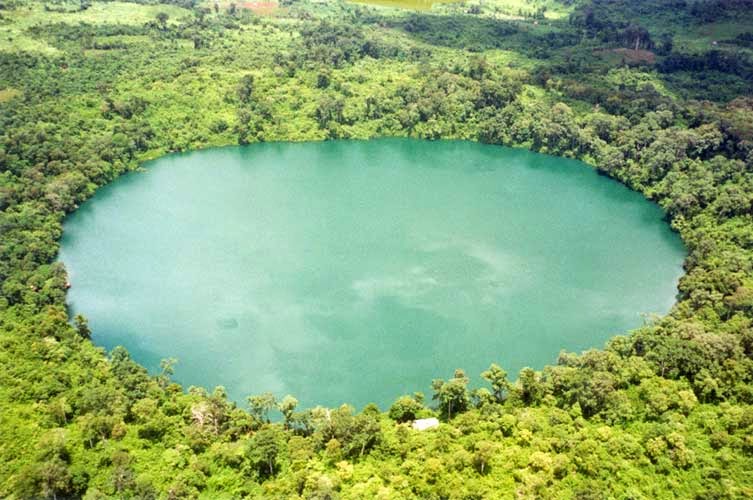 Yeak Laom Lake is located about 5 kilometers southeast of central Banlung. This beautiful lake is a crater formed after a volcanic eruption over 4000 years ago; the diameter of this lake is about 800 meters and it bears about 50 meters of clear water.

At one end, there are two wooden platforms for tourists to view the lake up close, but some people cannot resist a dip to feel the warmth of the water for themselves.

A path surrounds the lake, providing a leisurely track for trekking. A walk around the lake takes around forty minutes. Midway along the track, at the western end of the lake, there is a small visitor center which exhibits and sells local handicrafts such as musical instruments, crossbows, baskets, scarves and handbags made from hand-woven cloth.

Wild pigs and rare birds including eagles can be seen around the lake and tourists may also spot rarely seen large brightly colored butterflies; some with wing spans of up to 20 centimeters. 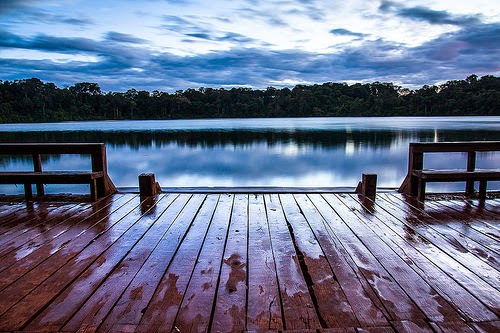 The Cambodian term ‘ Yeak Laom ’, translated into English means ‘giants’ and ‘surroundings’. Thus, the legend of the lake, often recited by local raconteurs, goes as follows:

In ancient time, there was a very powerful giant king who had the most attractive daughter. Both her hair and body emitted a fragrant aroma so the giant king named her ‘Neang Sak Kra Oob’ which means ‘fragrant hair girl’. When she grew up, a strong, handsome man came to woo her. Their love for each other soon grew up strong but this lovely couple was afraid that the giant king would eventually discover their secret love so they both decided to flee into the deep forest.

Soon after, the giant king learned of his daughter’s situation and he was both deeply shocked and distresses. First he expressed pity for his daughter. Then he assembled a battalion of troops to search for his beloved daughter. His entire kingdom and the jungle were checked by his gigantic army of soldiers but they could find no sign of her even as they finally reached the thick forest where a pond is located today.

The giant king suspected that his daughter might be in the forest so he deployed his massive forces to secure the perimeter of the forest. Suddenly, he ordered all his troops to pull out of the forest and dig there surrounding ground very deeply to find his precious daughter. They all dug with vigor but the soldiers eventually became exhausted and their efforts were to no avail. Finally, the giant king reluctantly ordered all his troops to return to his kingdom. 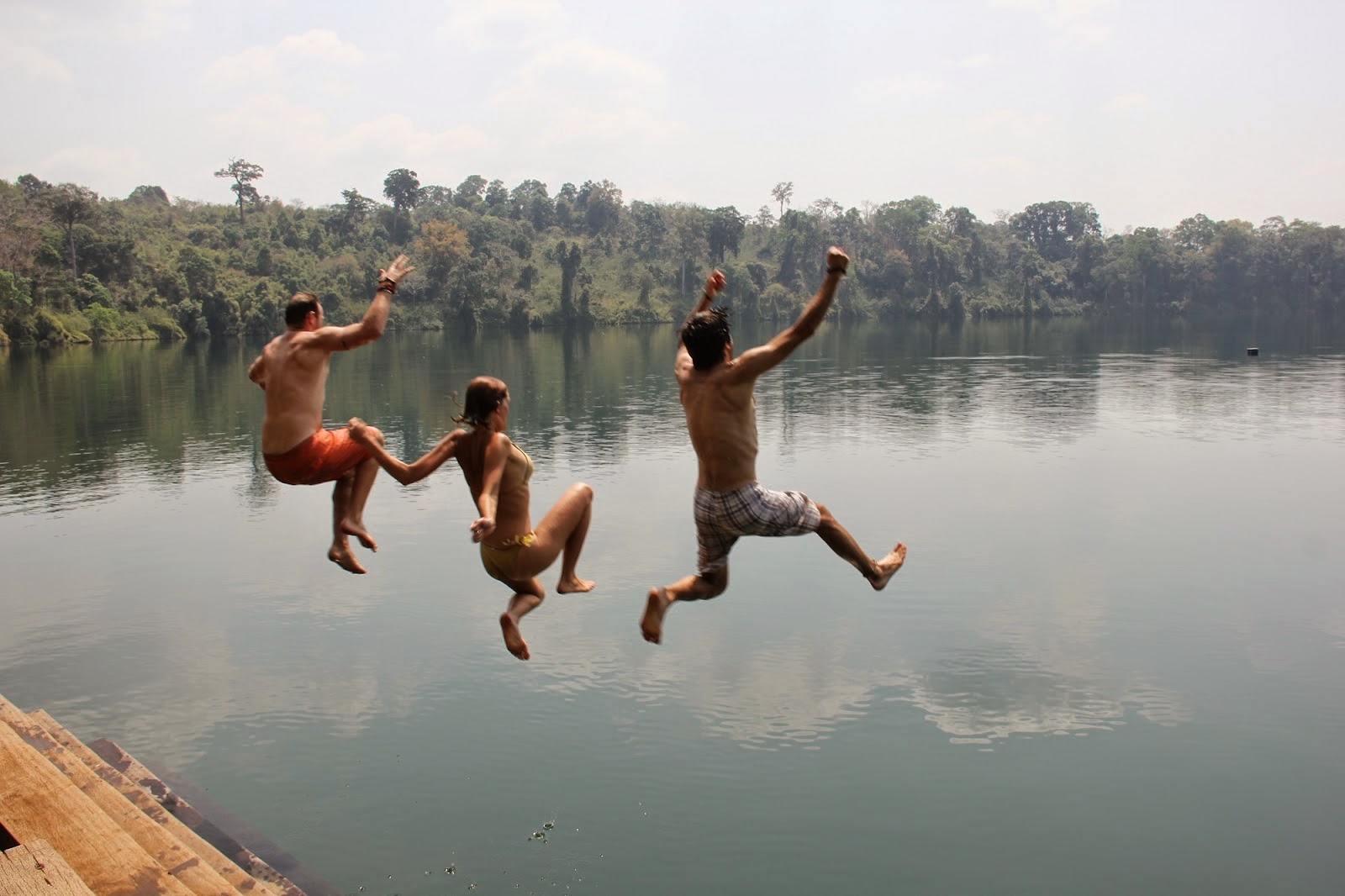 The giant hold dug by the giant king’s troops, including the uprooting of trees, in an unsuccessful effort to find the King’s daughter, has left this deep pond in the Ratanak Kiri area. That is why the local people call this site “Yeak Laom Pond”.

But there is a slightly different version from that previously mentioned. This version declares that there was a giant commander who had tried to arrest the giant king’s daughter and separate her from her lover. When the troops of the commander surrounded the mountain where they were hiding, this lovely couple thought that there was no way to escape.

Because their true love, both of them decided to wish to disappear into the ground. They both started to pray to the spiritual power, Preah Eisey, and to all of the gods, ‘with your respectful magical powers protecting this area in perpetuity, please, we will sacrifice our live by making the sink down ’. Suddenly, the mountain area quickly sunk into the ground including the giant king’s daughter and her lover. This is why this plateau top has become a deep pond and is the reason the local people call this pond ‘Yeak Laom’.

Another ancient folktale claims that the story of the origin of this ‘Yeak Loam’ name is completely different and likely more believable. The recalls that ‘Yeak’ in the language of the ancient minority living there meant the ‘owner or the chief of the villagers’. The word ‘Loam’ was the name of the person who was a former chief of that area. So, there for the words ‘Yeak Laom’ is a respectful reminder of the sacred and spiritual nature of their ancient leader that used to rule the local minority people in happiness and harmony a long time ago.
Tweet