Posted on 8:00 PM with No comments 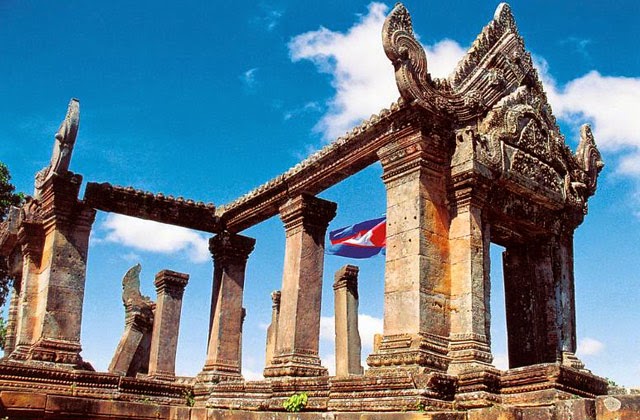 Preah Vihear Temple, an important place of pilgrimage during the Angkorian period, was built by a succession of seven Khmer monarchs, beginning with Yasovarman I  and ending with Suryavarman II, builder of Angkor Wat. Like other temple-mountains from this period, it was designed to represent Mt Meru and was dedicated to the Hindu deity Shiva.

For generations, Preah Vihear Temple has been a source of tension between Cambodia and Thailand. This area was ruled by Thailand for several centuries but retroceded to Cambodia during the French protectorate, under the treaty of 1907. In 1959 the Thai military seized the temple from Cambodia and then-Prime Minister Sihanouk took the dispute to the International Court, gaining worldwide recognition for Cambodian sovereignty in a 1962 ruling. 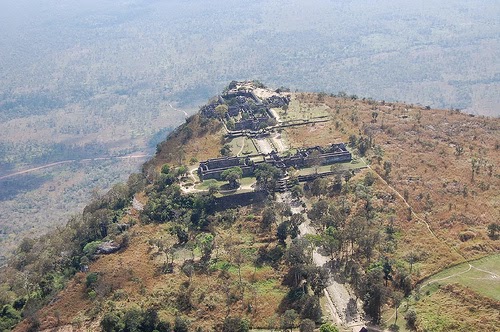 The next time Preah Vihear Temple made international news was in 1979, when the Thai military pushed more than 40,000 Cambodian refugees across the border in what was then the worst case of forced repatriation in UN history. The area was mined and many refugees died from injuries, starvation and disease before the occupying Vietnamese army could cut a safe passage and escort them on the long walk south to Kompong Thom.

Preah Vihear Temple hit the headlines again in May 1998 because the Khmer Rouge regrouped here after the fall of Anlong Veng and staged a last stand that soon turned into a final surrender.

With peace came an agreement between the Cambodians and Thais to open the temple to tourism. The Thais built a huge road up the mountain and began work along the ill-defined border. Today, a large visitors centre and car park stand on what was - not so long ago - Cambodian lan.
Tweet